Tired of the same old sentences? Do you want to give your paragraphs a new look? Rephrase them with Content Rephraser! Unlike Wordtune, which rephrases line by line, Writesonic’s Rephrasing tool turns around the entire paragraph at once, giving it a fresh look.

STEP 1 - Copy-paste the content you want to rephrase in the given box. The limit we have right now is 1000 characters. We’ll increase this in the future. 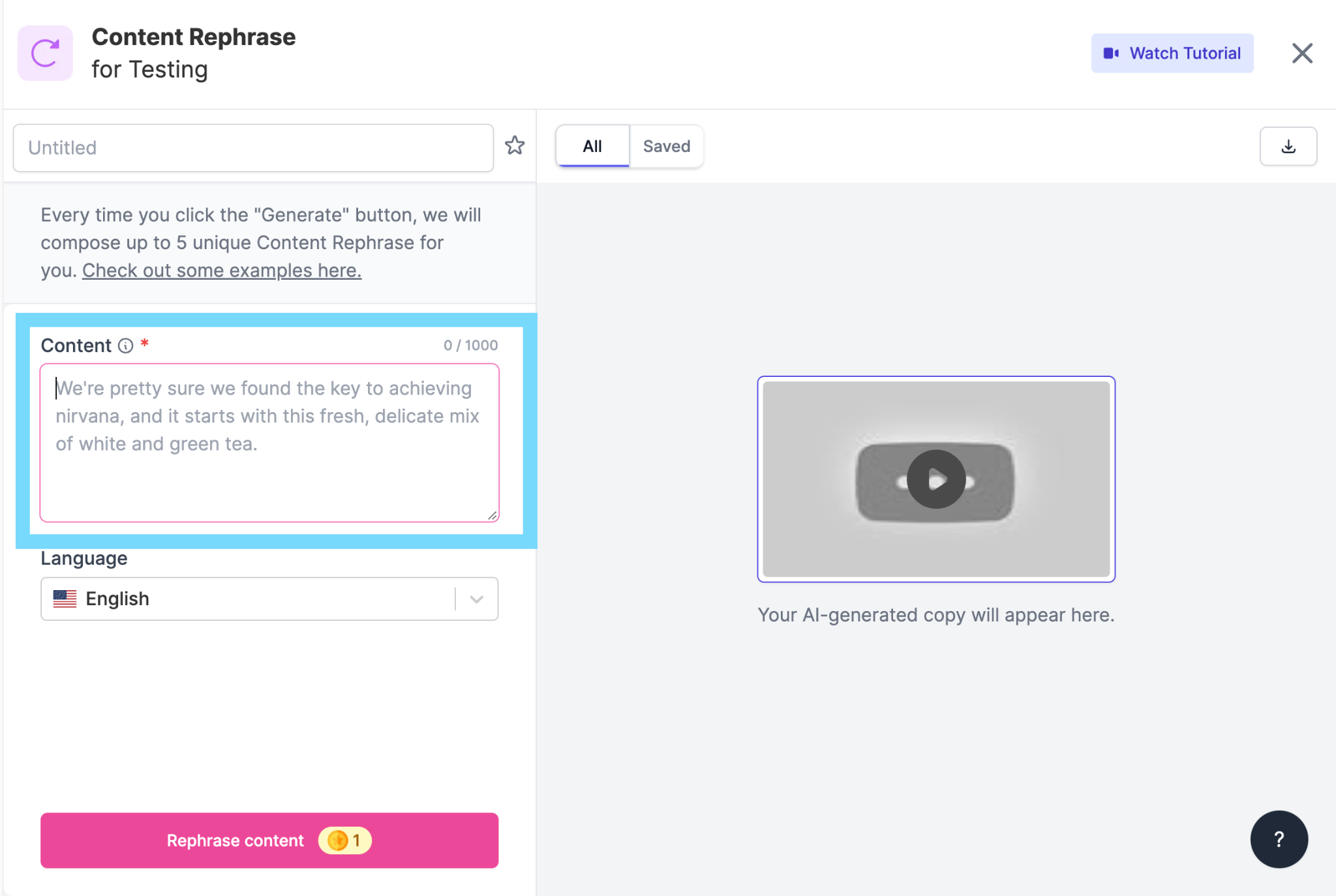 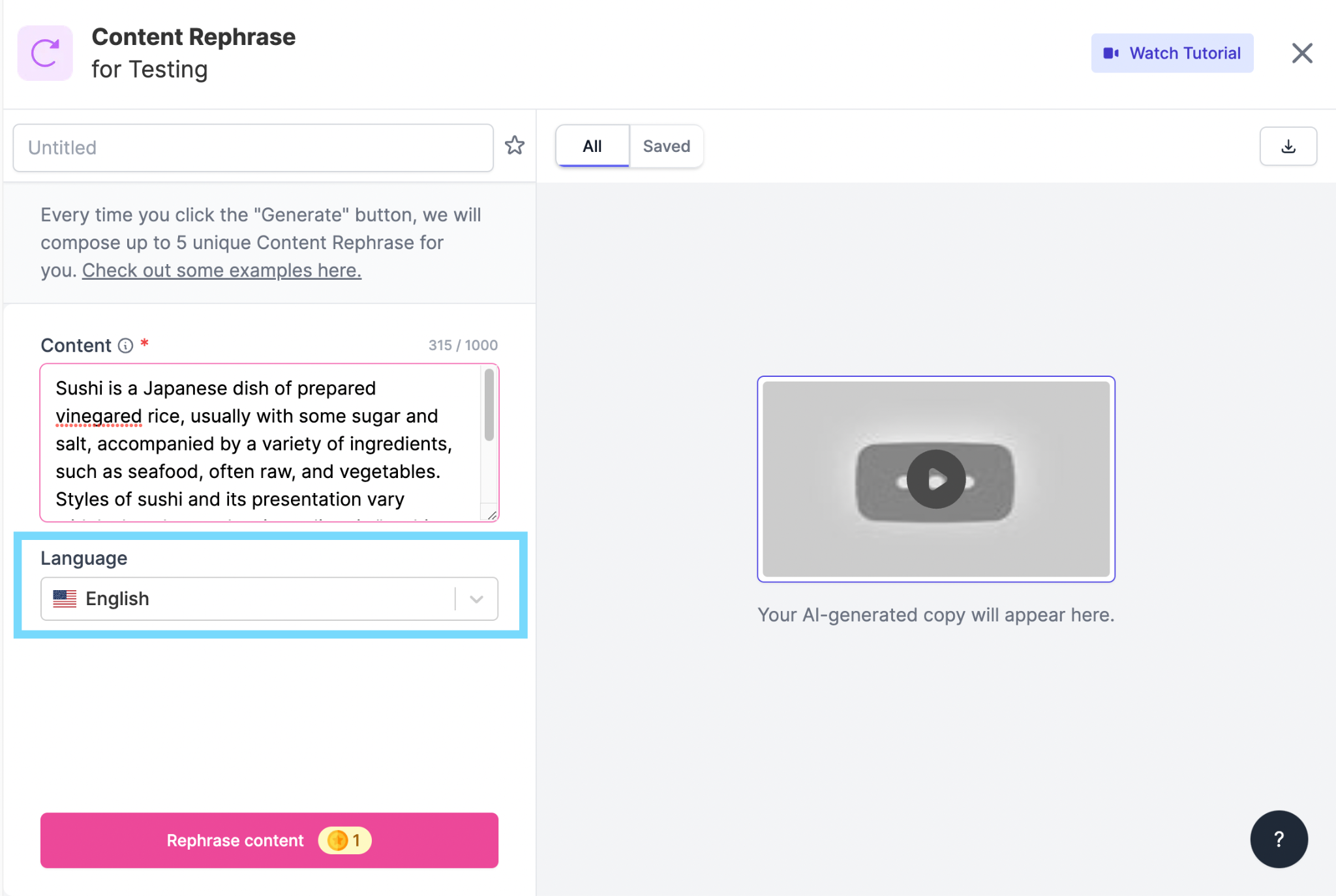 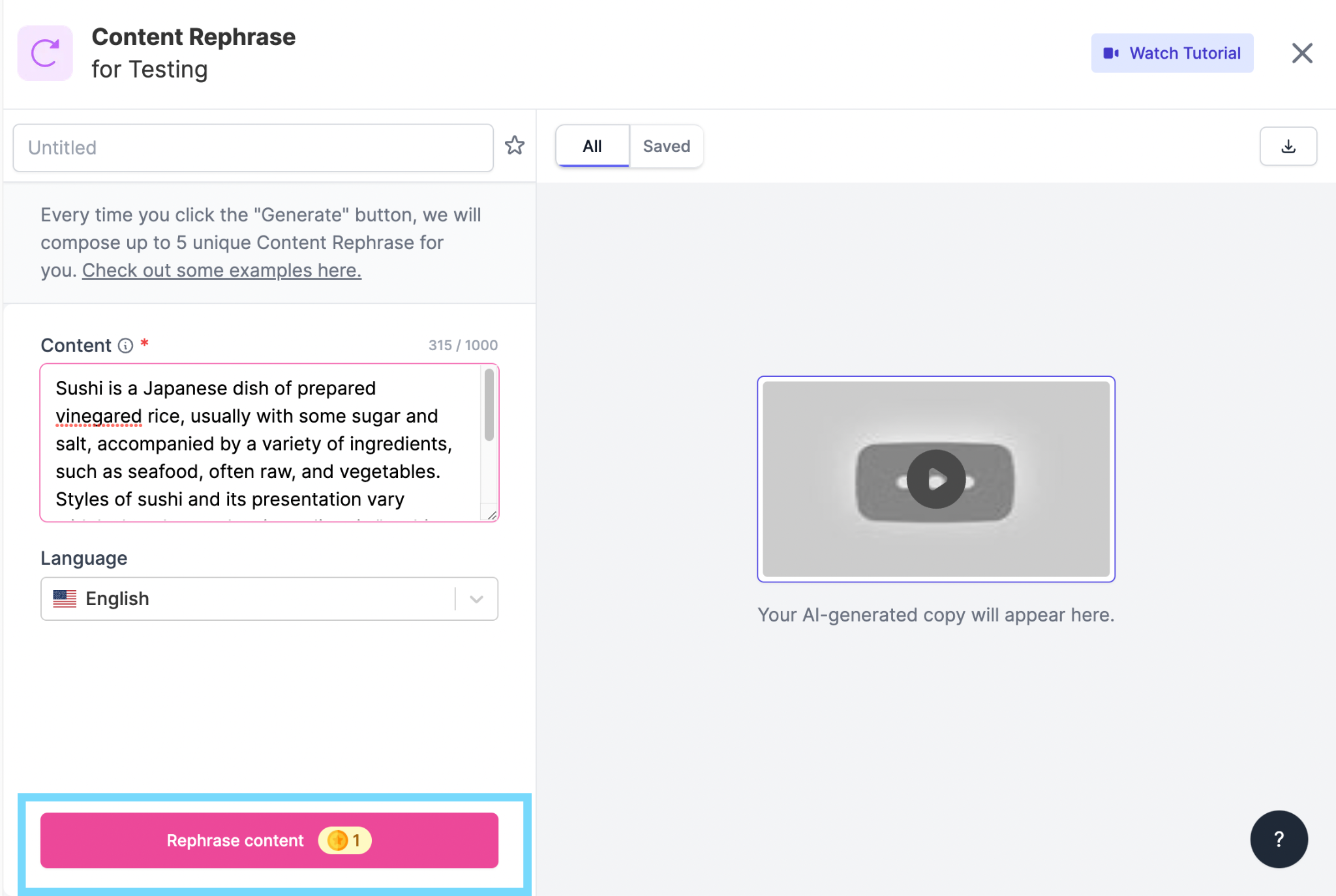 You will get 5 results. The changes are marked in blue. Regenerate if you require more. 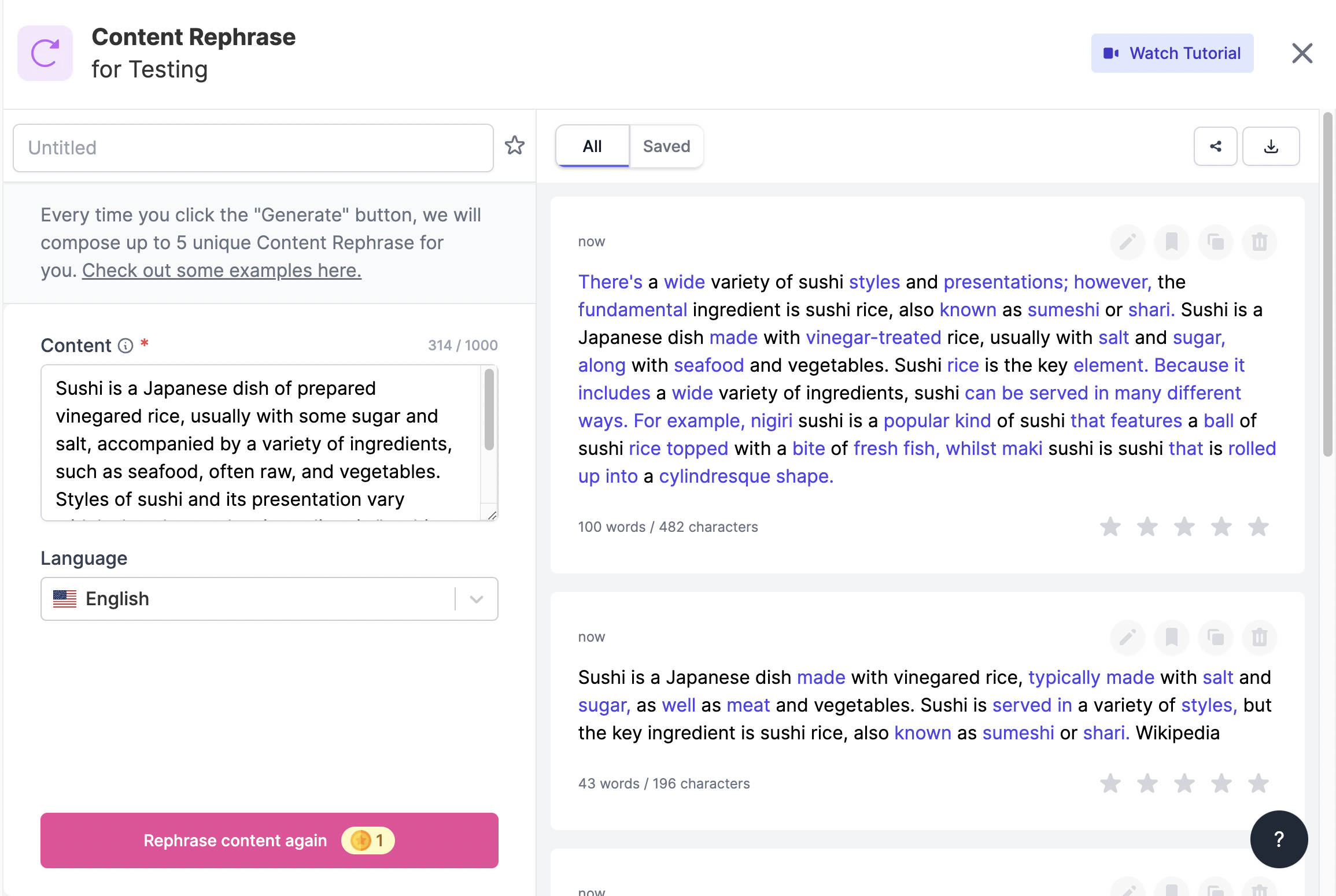 Here are a couple of examples:

Content - Content marketing is a marketing strategy used to attract, engage, and retain an audience by creating and sharing relevant articles, videos, podcasts, and other media. This approach establishes expertise, promotes brand awareness, and keeps your business top of mind when it's time to buy what you sell.

Content - Sushi is a Japanese dish of prepared vinegared rice, usually with some sugar and salt, accompanied by a variety of ingredients, such as seafood, often raw, and vegetables. Styles of sushi and its presentation vary widely, but the one key ingredient is "sushi rice," also referred to as shari or sumeshi.

Topic - In AD 43, the Roman conquest of Britain began; the Romans maintained control of their province of Britannia until the early 5th century. The end of Roman rule in Britain facilitated the Anglo-Saxon settlement of Britain, which historians often regard as the origin of England and the English people.

Did this page help you?